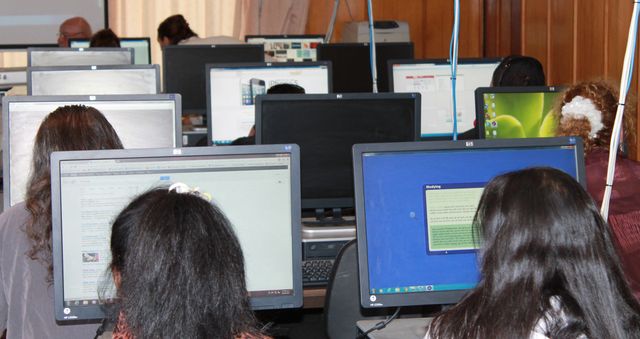 At the Council meeting on 16 December, Councillor Latham emphasised the importance of the progress and achievement of e-Learning Porirua Trust (Porirua City Community IT Educational Trust). Over the past fifteen years, they have trained 1,800 families within Porirua, provided computers in their homes and given them initial internet access.

Graham Kelly, Chair of the Trust, said, ‘This achievement does not sit as happily with the Trust as it otherwise might, given that many of the families who have graduated either do not have internet access or cannot afford it’. ‘The solution’, he said, ‘would be long-term sustainable and affordable internet access throughout the whole city’.

At the meeting, the Councillors considered a significant report prepared by Chris Lipscombe, Economic Development Manager, about broadband capability in Porirua city. The report identified gaps and opportunities, current work in this area and options for future consideration by the Council. You can access the full report here. broadband_capability_report  Options for further consideration are on Page 5

Many startling statistics are contained in the report including the fact that only 50.4% of households in Cannons Creek South are connected to the internet compared with 89.2% of households in the neighbouring suburbs of Aotea/Papakowhai.

The City Councillors discussed this major gap in the provision of affordable broadband into Porirua East and Titahi Bay now and in the future.

As set out on the Council’s web site, Porirua has well developed broadband networks and high speed local, regional and international connections from a range of providers. Broadband access has been identified by the Council as a factor in boosting economic growth in the city.

In early December, the Council launched free public WiFi covering the entire city centre which is not restricted by time or data gaps. Public WiFi is also available to visitors and businesses in Porirua’s city centre, giving web access to the general public via wireless enabled mobile devices.

The Council has been involved in a public/private initiative known as Smartlinx3 since 2004. Smartlinx3 provides an open-access broadband network to ensure competitive and ultra-fast broadband within the city.

Chris Lipscombe’s paper was particularly significant as it relates directly to three of the four priorities in the Council’s Long Term Plan, namely:

Councillor Latham led the discussion and made some significant recommendations. He acknowledged that great progress is being made in the City Centre and surrounding areas. The shortfall now is in the residential areas where there are two problems:

He called for options for aggregating potential users, estimating realistic costs for households that would allow equitable access and identifying potential opportunities for integrating full internet access with other strategic initiatives in the city.

The Mayor and Councillors were supportive of the paper and the proposals by Councillor Latham. These have been referred to the Chief Executive who has been asked to come back with specific recommendations, particularly with regard to:

All eyes will be on the City Council to come back to the Councillors with some solid recommendations for action to overcome this inequitable situation where some suburbs in our city are disadvantaged.

We applaud the benefits through productivity gains for the business community but households in Titahi Bay and Porirua East having to wait for fibre connection until as far away as 2019 is just not acceptable.

Proposal to get affordable ultrafast broadband from the city centre to all city suburbs
+ Text Size -
Do NOT follow this link or you will be banned from the site! Original generation time 2.6715 seconds.